Creators Academy Advanced has been nothing short of magical.

I knew it would be amazing to have a space to connect with like-minded geniuses who want to master this work. Still, I never expected just how incredible it would be. But that’s what happens with magical end results – they’re often much better than expected.

At the beginning of the month, I hosted the first Key Principle of the Month – Living Your True Nature and Purpose, and explored the profound nature of this fundamental choice.

I truly love my work. Seeing everyone come together and take a deeper look at themselves really reminded me of my own purpose in life. Which is to bring this work to millions of people so they too can live from a High-Level Creative Frequency. Because nothing will be as rewarding as expressing your creative nature.

You see, many people want magic, yet very few commit to living and expressing their true nature and purpose. Only because they don’t know how to let go of their old fear-based survival agendas.

The Natural Success curriculum serves you in going deep within yourself to discover the unlimited potential that enables you to live as an expression of your highest power and potential.

Creators Academy Advanced has its name for good reason. It’s a place where you will not only experience what it’s like to be a part of a conscious creative community but also advance your creative abilities so that you can master the work and live life to the fullest. Remember, magic doesn’t work unless you apply it.

*The membership is only available for advanced graduates of our work at the moment, but Create Your Destiny grads will soon be able to join. We will make an announcement when we have more news.

What most people hope to have by the end of a successful career, this millennial powerhouse has it all in her mid-twenties. Ellie’s secret? Applying what she learned.

Was it always this way for her? Absolutely not.

There was a time when Ellie felt trapped in her life and knew that something was missing, even though she was apparently doing very well in her medical training. So, she said goodbye to the secure but unsatisfying path she was on and took the plunge into the unknown, in a quest to find true meaning and fulfilment.

When Ellie came across my Superconscious and Create Your Destiny courses, she immediately sensed that they held the key to what she was seeking. I have to say, she took to the work like a duck to water, enthusiastically learning and applying it, to the point where today, in only a few short years, she is living her dream life.

Click on the picture below to learn how Ellie transformed her life by creating her destiny the genius way.

Click on the picture below to view the story 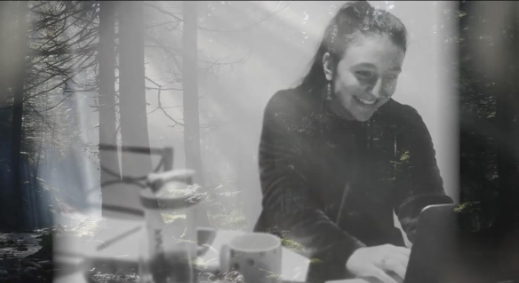 Give your friends the gift of a second chance in life…

Four years ago I arrived on set at Magic Light Studio in LA to shoot Create Your Destiny Online. I was a temperamental star but, thanks to the professionalism of all involved, we still got our result of translating the five-day live training into a series of high-quality video tutorials.

In the last two years, with the help of a brilliant team, tens of thousands of people in over sixty countries have had the chance to complete this life-changing course live online for free. The results everyone experienced are phenomenal, with participants calling it a second chance in life or the last personal development course you ever need to take.

My mission now is to deliver CYD Online to one million people in a new format, where the first part of the course, Superconscious Intuition, will be absolutely free, and the second manifesting component, CYD, will only cost $97, compared to the retail price of $2,970. And anyone who joins through the waitlist link below will get the special “friends of William Whitecloud” CYD price of only $9.70.

Who do you know who would appreciate a second chance in life and the opportunity to do the last personal development course they’ll ever need to do? For virtually nothing!

Please spread the love and share the link for the next round with them. And do be quick, we’d hate your friends to miss out.

The Belief Series – ‘I Can’t Trust Myself, Others or the World’

The twelve Fundamental Belief Systems are shared by human beings in every culture and civilisation on the planet. By “fundamental”, I mean that no matter what diversity of form a Belief takes, it can be reduced down to one of twelve essential Beliefs.

Each belief seeks to compensate for its own sense of limitation, causing dysfunctional strategies and behaviours. Once you are awakened to their existence, you become more sensitive to their insinuations. This helps you hear the creatively low-level rubbish your Unconscious is trying to convince you of, and what is behind the limited, unwanted dynamics you have been creating in your life.

“I Can’t Trust Myself, Others, or the World” (very common)

The Principle of Vulnerability

To appreciate the power and efficacy of vulnerability, you have to understand the psychological nature of stress, which is really an alarm bell alerting you to an unwanted condition that you don’t feel confident of avoiding.

As a simple example, let’s say you’re working on a deadline to hand in a paper. You’re worried that you’re going to run out of time. So, to avoid the negative consequences of handing the paper in late, you spend more and more time on the project, at the same time concentrating your effort. But the more you do, the more your worry turns to stress because in your mind, you have no guarantee of finishing in time. Maybe, even the more you do, the more apparent it seems that you won’t meet the deadline.

Any time anyone is stressed, it’s because to their mind the unwanted condition, like handing in the paper late, is not an option. Psychological tension is the mind’s way of motivating us to avoid something we resist by highlighting, you could say “stressing”, our chances of failure and the attendant negative consequences.

I don’t know who invented human beings because stress is not a very useful feature. In fact, it is known that the more stressed we are the more dysfunctional our behaviour becomes and the more incapable we are of solving anything.

But when you know the root cause of stress, then you can very easily eliminate it and ground yourself in a more creative foundation.

In my coaching practice, I help my clients overcome the worst stresses very quickly, simply by helping them become aware of what they are stressing about, which means identifying the condition that they are resisting, and then allowing it to be a possibility.

That’s what vulnerability is. Doing something even when we know that something might not go right.

Notice, though, that it’s not the same as a surrender to the negative condition or resignation that it definitely will happen. We still hold out for the positive outcome we want. But we accept that what we don’t want to happen might actually happen. That’s called being honest. After all, anything might happen. Everything is possible.

And here’s the amazing thing, when we allow the possibility of something negative happening, we feel immediate relief because to our brain, it might as well have happened, and it no longer has to keep us vigilant of the disaster it’s anticipating. Surely there’s been times in your life you’ve dreaded something happening, and yet when it did happen, you felt massive relief. For the very reason I’ve just mentioned: there’s no more pressure to avoid it now.

Torturing yourself is never the best way of getting what you want. A far healthier and more effective way of making sure of achieving end results is knowing what you want, acknowledging where you stand relative to that outcome, taking obvious action, and, very importantly, proceeding with vulnerability.

Thank you for being a part of the world’s #1 Creative Orientation community…. Keep in touch and know that we love you!

Get updates on our free trainings, insights and William’s books