The Difference Between Creative Visualization and Positive Affirmations 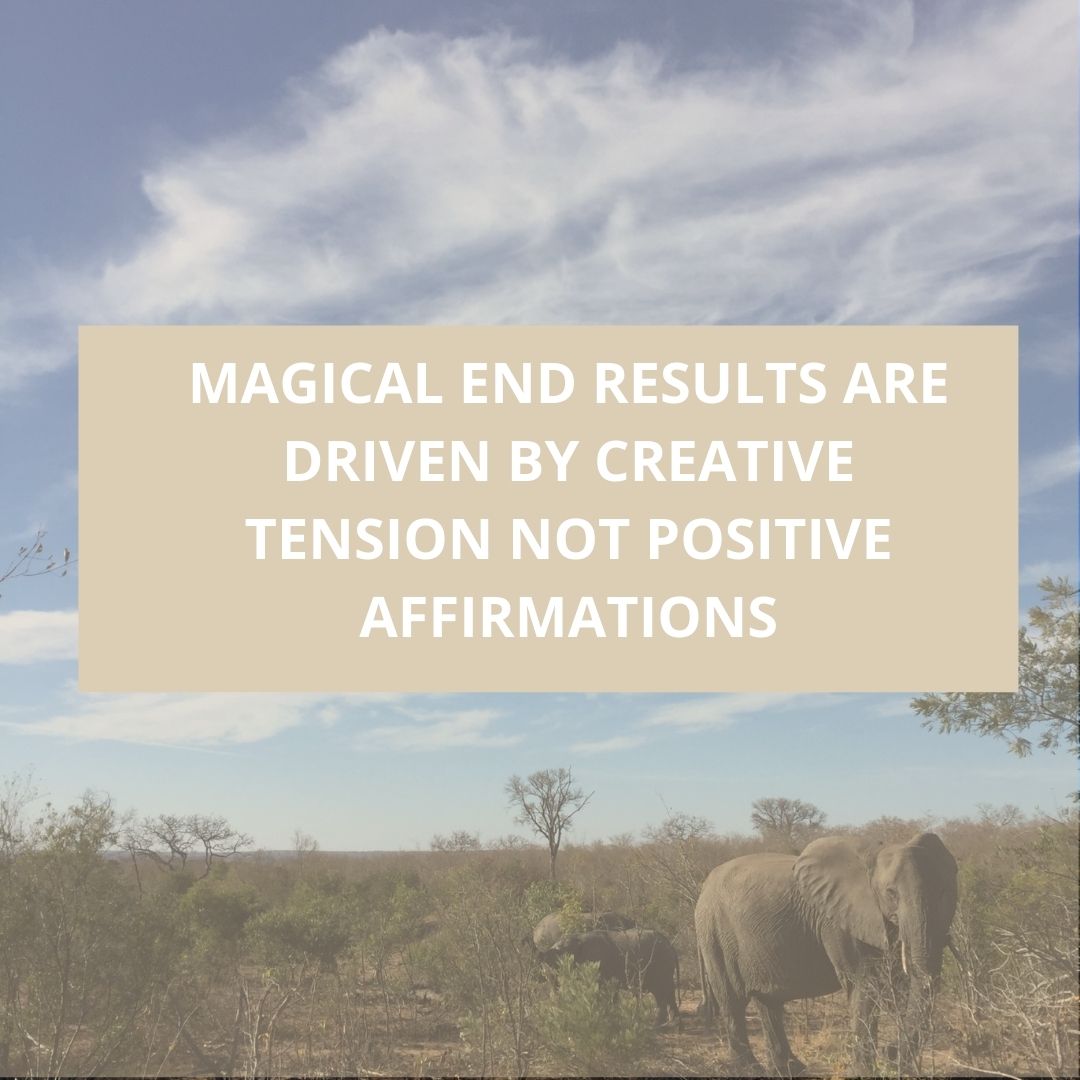 Typically, the way Positive Affirmations are used is to pretend that you have something that you in fact don’t have, the superstition being that positive expectancy is a manifesting force.

The futility of this practice, and detriment too, can be explained with a quick refresher in Metaphysics 101.

The part of you that manifests your reality is the Subconscious Mind, the Feminine aspect of Consciousness, and it manifests according to the messages it receives.

The half wise conclusion is that if you give the Subconscious the message that you are one with something then it will manifest it.

If only it were that simplistic and shallow.

Unfortunately the Subconscious actually looks at the underlying assumption behind statements and behaviour and then draws those conclusions into reality.

In our Natural Success trainings we ask our participants who would obviously bother spending energy affirming that the abundance of the universe is steadily flowing their way…a rich person or a poor person?

Their answer is predictable because they know as well as anyone’s Subconscious that only someone who feels separate from abundance would be trying to resolve the tension of their lack.

I have friends who live on social security and I have friends who are rolling in money, and only my poorest friends have fridge magnets and stickers proclaiming the inevitability of riches flowing their way. My rich friends prefer to have clean, reassurance free surfaces.

If it’s obvious to our relatively puny Self Conscious, it’s going to be obvious to our all powerful Creative Spirit, namely our Subconscious. Only someone who feels separate from their beauty, say, would make affirmations about being beautiful. Or only someone who feels intellectually inferior would make affirmations about being smart.

The more you affirm any quality, the more you are going to drive it away, by virtue of the underlying Subconscious message.

This is born out by participants in our Natural Success training’s who testify how Positive Affirmations have not only not helped manifest their end results, but have also left them with an ever increasing sense of dis-empowerment. The creative failure inevitably leads to more superstition.

And that’s just the edge of swamp.

Creative Visualization on the other hand is simply the practice of actively imagining an end result one aspires to. Visualizing an end result, assuming it is not accompanied by the presumptuous denial of an affirmation, is a vivid message to the Subconscious of something that one wants to manifest.

There is a lot of scientific evidence that visuals impress on the creative levels of mind more strongly than intellectually expressed ideas, so it’s not surprising that Creative Visualization is effective to some extent as a manifesting tool.

Where it is most powerfully applied, though, is when one understands that it is a vital element in a creative structure that compels end results. Without the other elements of the structure it will remain either feeble or inconsistent as a manifesting tool.

Really what drives the Subconscious to make the creative leaps that lead to the manifestation of brilliant end results is Creative Tension.

Creative Tension is established by the self conscious discrepancy between where someone is and where they want to be. And it is this art that one must really master if one means to become a powerful manifestor in life.

To know how to establish pure Vision, acknowledge physical and psychological Current Reality, and then focus the ensuing tension and wield it until where one is and where one wants to be are the same place.

And you can most probably see how Positive Affirmations have no place in this creative structure.

Get updates on our free trainings, insights and William's books